Knowledge and understanding:
at the end of this teaching unit, the student shall have the basic notions and results about riemannian manifolds, vector bundles, the different notions of curvature, holonomy theory and riemannian holonomy, with particular attention to irreducible holonomy groups (Kähler manifolds, Calabi-Yau, hyperKähler, etc…).

Apply knowledge and understanding
at the end of this teaching unit, the student shall be able to study advanced topics in riemannian, complex and Kähler geometry, as well as to solve complex problems in these areas.

Critical Judgemental skills
the student shall have the basics to analyse the analogies and relationships between the topics learnt and several arguments coming from differential and algebraic topology, algebraic and complex geometry.

Communication skills
ability of expose the contents of the teaching unit in the possible oral exam as well as in the theoretical questions in the written exam.

Learning ability
the gained knowledge shall permit the student to address a possible master thesis on advanced topics in riemannian, complex or Kähler geometry. 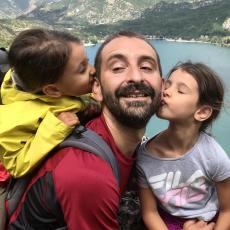