General objectives: to acquire basic knowledge in combinatorics of the symmetric group, its representations and the theory of symmetric and almost symmetrical functions.

Knowledge and understanding: at the end of the course the student will have acquired the basic notions and results related to the symmetric group representations, with particular regard to the combinatorial of the Young tables, to the different combinatorial algorithms (by Robinson Schensted Knuth, of Schutzenberger) of permutations and partitions, to the basic results of the classical theory of symmetric functions and of the most recent theory of quasi-symmetric functions.

Apply knowledge and understanding: at the end of the course the student will be able to solve simple problems that require the use of techniques related to the representations of the symmetric group, to the combinatorics of permutations and to the manipulation of symmetric functions.

Critical and judgmental skills: the student will have the basis to analyze the similarities and relations between the topics covered and group theory topics (acquired in the course of Algebra III) or the classification of semisimple Lie algebras (which can be acquired in the course of Institutions) of higher algebra for the Master's Degree in Mathematics); will also acquire the tools that have historically led to the solution of classical problems.

Communication skills: ability to expose the contents in the oral part of the verification and in any theoretical questions present in the written test.

Learning skills: the acquired knowledge will allow a study, individual or
given in an LM course, related to more specialized aspects of combinatorics of the symmetric group and of the theory of symmetric number functions. 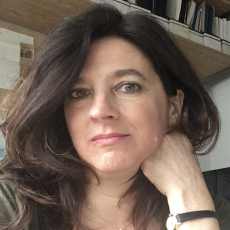 Familiarity with the programme of the course "Algebra I", in particular with all the algebraic structures such as groups, rings, fields, field extensions and with the instruments of linear algebra and linear maps introduced in the course of Linear algebras. The knowledge of these subjects is essential. No other knowledge is propaedeutic

Regular theoretical lessons. (90%) Some exercises may be suggested in class (10%). However, the solutions will be done by students, and the correction of the assignments will be done during office hours.

The exam aims at evaluate the learning abilities, via a written exam (consisting in solving some problem, similar to those offered in the exercise sheets given in class), plus an oral exam (consisting of a discussion of the most relevant theorems and objects discussed during the course).

The written exam will have a duration of about 2 hours.
To pass the exam is necessary to have a mark not smaller than 18/30.
The students must show a sufficient knowledge of the topics included in the programme, and to be able to solve at least simple assigned exercises.

To obtain a mark larger or equal to 27/30, the student must show to have acquired an excellent and solid knowledge of all the subjects seen during the course, beside being able to link them in a logic, coherent and mature way.

The final mark will be an average of the mark of the writtem exam and of the oral exam.