The course aims at analyzing the evolution, the state of the art and the possible evolutionary trends of broadcast journalism in the Italian context, opening up to the comparison with the different European and US models and the possible convergences with the various information media platforms.
In particular, the formats of radio and television news will be studied, with particular attention to the interaction styles of the journalist with the other actors on the scene and with the home audience.
At the end of the course, the student will have acquired an adequate understanding of the processes of newsmaking (collection, selection, editing and presentation of news) applied to the radio and television formats, also in reference to the broader information system (from print to online media).
He will also have acquired the critical skills necessary to apply the acquired knowledge to the analysis and creation of audiovisual information products, through constant reference to the most sensitive genres of the contemporary information landscape (politics, economy, national and international news) and those in which the productive innovation appears more convincing (culture, lifestyles, sport).
The knowledge acquired regarding the treatment of news and the design and management of information flows will be applied during the lessons to concrete case studies, and put into practice through laboratory exercises, emphasizing the experimental dimension of the training path.
The aim of these exercises will be to contribute to the development of students' critical and judgment skills, through two distinct ways: on the one hand, training them on the use and implementation of content analysis schedules, to identify salient elements of information products (e.g. themes treated and intention and/or ability to frame them in specific narrative or interpretive frames; role of the host, ways to manage the guests and the involvement of the home audience; etc.). On the other, the solicitation to design and implement the pilot of an information format for radio or television, considering the strengths and weaknesses, opportunities and risks associated with its possible placement in the chosen publishing market.
Both these ways of enhancing students' critical and judgment skills will include moments of public discussion of their projects, of in-class simulation of the editorial dynamics underlying the creation of the format they are developing, and presentation of the finished product when available. This in order to implement the ability of students to communicate / transmit what they have learned.
The set of these knowledge and skills is aimed at stimulating an interest in the analysis / creation of audiovisual products with information content not to be exhausted during the lessons: the tools and methods acquired will be specifically designed to possess and transmit a flexibility that the student will be able to apply independently. 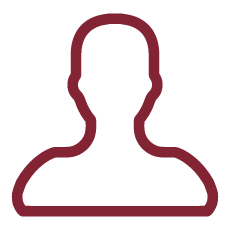 The course includes a first part (12 hours) in which the news sector in Italy is presented and analyzed, in terms of production structure and consumption dynamics, with specific reference to the radio and television information field.
A second part of the course (18 hours) will be dedicated to the declination within the radio and television information formats of the main journalistic genres: politics, economy, internal news, foreign news, culture, sport. This part will foresee the presence of professionals in the information field, which will bring students concrete experiences related to the case studies analyzed.
A third part of the course (18 hours) will be dedicated to radio and television talk show, starting from an international comparison and to presenting and applying an in-depth analysis of the format, focusing on elements such as: topics treated and intention / ability to frame them in specific narrative or interpretative frames; role of the host, specifically in managing guests and in involving home audience.
The laboratory will focus on the analysis and simulation in class of the editorial dynamics underlying the creation of a radio and/or tv information format, with specific attention to the cultural journalism genre, i.e. the food critic. Both moments of public discussion of the modalities chosen for the construction of the format, and of presentation of the eventual finished product will be foreseen.

The course is based on a successful integration between theoretical lectures, lessons with professionals coming from broadcast television sector, whose contribution will go towards providing a privileged point of view on specific technical, professional or productive aspects related to the field of radio and television journalism. In particular, the more theoretical part of the course will primarily concern the acquisition of an adequate understanding of the processes of newsmaking applied to the specific radio and television, and therefore the part of the course dedicated to the analysis of evolution, the state of the art and the possible evolutionary trends in radio and television information in the Italian and international context, and in the description and analysis of the production structure and the dynamics of news consumption in Italy. The lessons with professionals coming from broadcast television sector will instead feed the critical skills necessary to apply the acquired knowledge to the analysis of audiovisual information products, and therefore will primarily focus on the part of the course dedicated to the declination of different genres (politics, economy, internal news, foreign news, culture, sport) in Italian broadcasting information. In this context, professionals will be called (individually or through the construction of lessons-events that involve comparing multiple points of view) to bring students concrete experiences related to the case studies analyzed. Both the lessons of the course and those of the laboratory provide for the implementation of group exercises and project work, with specific reference to two ways of implementation of critical skills and judgment of students: on the one hand, through the use and implementation of content analysis tools; on the other, the solicitation to design and implement at least the first episode of an information format for radio or television. For both these modalities there will be moments of public discussion, in order to implement students' ability to communicate / transmit what they have learned. Should the current situation or subsequent developments require it, the teaching activities may be carried out at a distance according to the procedures to be indicated by the University.

The exam includes a part of the return of the more theoretical knowledge learned during the course, related to the processes of newsmaking applied to the specific radio and television, but also the knowledge learned through the testimonies of the professionals coming from broadcast television sector. This is accomplished through an oral test, which represents the crowning of a path of ongoing verification of the knowledge and skills acquired by the student.
During the lessons, in specific moments of public discussion aimed at implementing the skills of communicating / transmitting what has been learned, the acquisition of critical and judgmental skills will have been verified, declined in the skills of analysis of media products in general, and of design and creation of an information format for radio or television specifically.