An Optional Group is composed by exams to choose from, that complete the student’s study plan which must be drafted on Infostud within the deadlines defined for each academic programme.

To illustrate essential elements of plasma physics, with particular emphasis on the so-called collective behaviour. To provide the basis for the understanding of the main issues concerning plasma applications (notably, fusion energy) as well as the study of space plasmas. To describe and discuss the different models/ approximations employed in the study of plasmas [kinetic, (magneto-)hydrodynamics, single fluid and multi-fluid]. 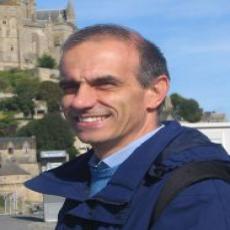 Lecture notes available on the teacher’s webpage and on the cours e-learning page
( http://gaps.ing2.uniroma1.it/atzeni/).

Basic notions of General Physics (in particular: electromagnetism, elements of kinetic theory of gases). Notions (as well as practical abilities) of Calculus.

About 60 hours in class, devoted to illustration/discussion of the basis of plasma physics and its applications to nuclear fusion, with many examples and numerical evaluations

Questions to evaluate knowledge and understanding of the main topics of the course, as well as the capability of using appropriate langauge and formalism. The student may also be asked to solve simple excercises or to perform numerical evaluations.